is a Supervising Casting Director and Producer with well over a decade of experience in virtually every facet of production and casting and across most genres & formats (including Reality TV and Scripted for Network, Cable, Film, Commercials, Web).

Raised in Texas, Good graduated Texas Christian University with a bachelors in Psychology and began her entertainment industry career just 3 weeks later in the Talent/Artist Relations Department at MTV in New York City. After relocating to Los Angeles 2 years later, she landed in production at E! Entertainment Television launching the series “Mysteries & Scandals” where she was involved in interviewing talent on camera, writing, directing host wraps and supervising editing.
Following her days at E!, Good worked as a Writer/Producer for the 45th Anniversary Playboy documentary, “Playboy: The Party Continues”. Numerous assignments in assorted producer & writer capacities (Show, Segment, Field) at MTV, G4, HGTV Playboy and other cable networks led Good to join the Producers Guild of America, where she is still an active member.
Nick Chiodini, a former colleague from MTV, recognized Good’s exceptional skills for spotting on-camera talent and asked Good to make the transition to casting. Good took her first official casting project which snowballed into a career in casting, talent booking and development. Soon Good was working on project’s like NBC’s “1 vs. 100″ where she would go on to meet Jacqui Pitman, whom she credits as her mentor and dear friend. Subsequently, Alicia and Jacqui have since cast roughly 50 projects together and Good is flattered when Jacqui says that if she “were stuck in a foxhole, there is no one she’d like to be there with other than Alicia Good.” Good has cast over 75 projects, big and small for networks like, NBC, ABC, CBS, Bravo, MTV, VH1, CMT, The CW, Discovery, The Food Network, History Channel, E! Entertainment, TNT, TLC, Spike, SyFy, OWN, A&E, The Weather Channel, Animal Planet, Great American Country, TV One, We TV, Style and Bio Channel.
Good continued leading casting on several series and ultimately founded her own company; “Damn Good Casting” in 2011. Good became known around town who can “do it all” and isn’t pigeon-holed into one genre. She has done everything from big game shows, casting experts, dating shows, booking celebrity talent, hidden camera, military, business, actors and even occasional audiences on shows like “Shaq Vs.” & “BattleBots 2015 Championships”.
Alicia Good has a massive database of prospective talent based on the thousands of auditions she’s conducted. Good’s resources, connections, diligence, and extensive experience make Damn Good Casting the ideal choice for networks and shows that need just the right cast. 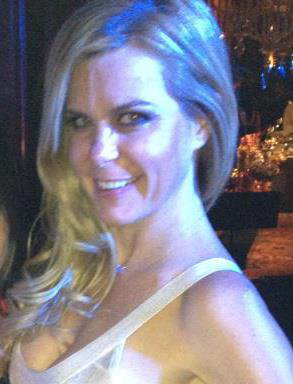 Over a decade of experience across Reality TV and Scripted for Network, Cable, Film, Commercials, Web